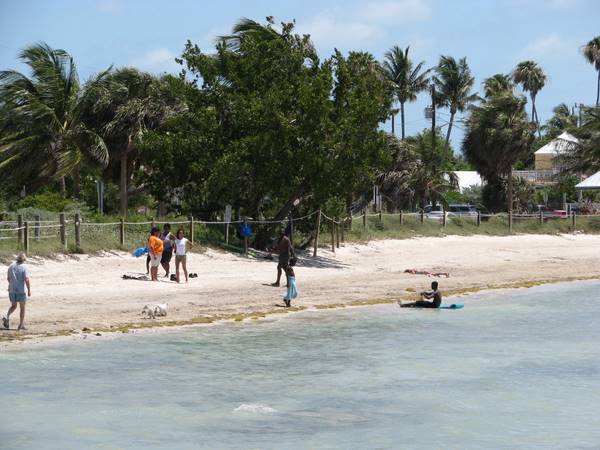 The next beach featured in our series on Key West public beaches is a relatively new addition to the list of Key West beaches. Called Rest Beach or C.B. Harvey by the locals, C.B. Harvey Memorial Rest Beach is named after Cornelius Bradford Harvey, a former Key West mayor and city commissioner. It is a compact 300-yard-long strip of sand and vegetation that runs next to Atlantic Boulevard on the east side of White Street Pier. It is adjacent to Higgs Beach, which is located on the west side of the pier. Rest beach is not one of the biggest or most well-known of Key West beaches, but it is a pleasant place to spend some playtime.